In the above figure we estimated the Lyapunov spectrum on two time series from a client’s process. Note that there are a lot of red points indicating that the systems are typically synchronized. In the vicinity of the black circle there is a conspicuous absence of red points indicating a period of possible desynchronization. This corresponded temporally with an interruption of process and was ultimately determined to be due to a brief surge in electrical noise that decoupled the systems. 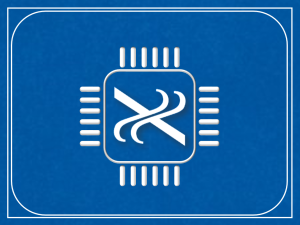